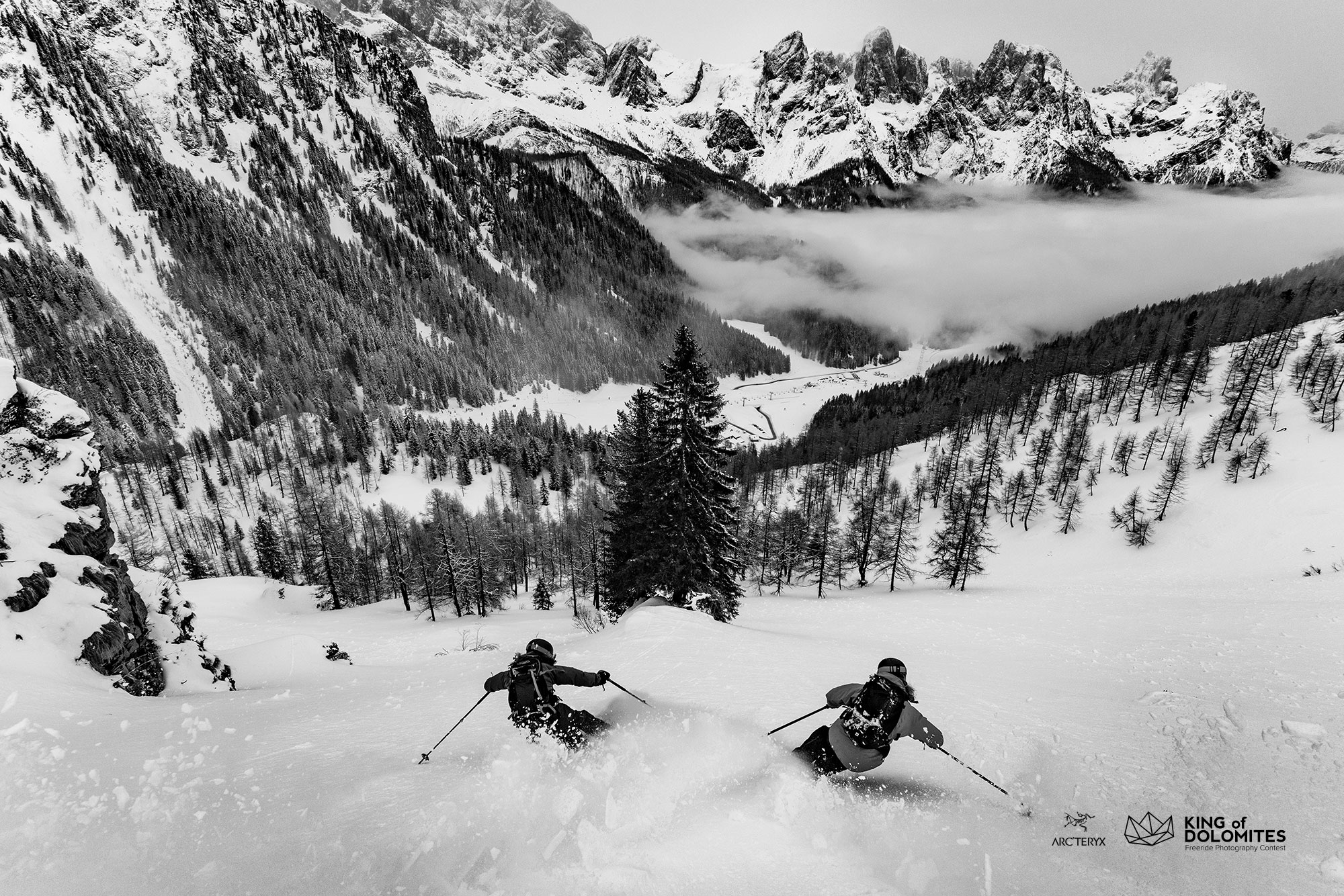 San Martino di Castrozza, March 4th 2018 – the Norwegian photographer Bård Basberg is the new King of Dolomites 2018, crowned this afternoon under a stunning sunset on the Pale di San Martino.

After two days of challenging weather conditions both for photographers and skiers, the sixth edition of the Arc’teryx King of Dolomites ended with a wonderful sunny day. A crowd of more than 200 people have admired the pictures taken during the last two days in the surrounding of San Martino di Castrozza by the 10 PRO teams and the 30 OPEN teams that took part in the contest for a total amount of roughly 120 participants. Always very positive numbers, which confirms year after year the international success of the event. The King of Dolomites of this sixth edition is the Norwegian photographer Bård Basberg with a great photo of hits entire team Sondre Loftsgarden and Karl Kristian Muggerud. The second and third place was won respectively by the Italian photografers Roby Bragotto and Paolo Sartori. The Italian photographer Giovanni Danieli ranked first in the OPEN category, followed by the Austrian Stefan Kothner at the second place and Mathieu Goradesky at the third place. Stefan Kothner photo’s of the rider Raphael Öttl wins the 4Skiers special prize and it will be the cover of the next Issue of the magazine. The level of the delivered pictures was once again very high: the more than 100 pictures submitted were quite a hard job for the judges Stian Hagen, freerider and Arc’teryx athlete, Jakob Schweighofer, photographer and founding partner of Whiteroom Production, and Marco Melloni, director of 4Skiers magazine. The participation was very good also at the KOD Village in San Martino city centre where it was possible to visit a Photo Exposition with 20 canvases printed by Elle-Erre representing the best pictures from the past edition of the Contest.

Once again, a final balance more than positive for this sixth edition of the Arc’teryx King of Dolomites – very long-awaited after the poor snow conditions of Winter 2017 – that confirms more than ever the uniqueness and the spectacularity of this great Contest in a dolomitic environment of major charm and extraordinary beauty. Thanks to the organizing committee and to all the volunteers that with their help and support had made the event possible, to our main sponsor Arc’teryx, ApT San Martino – Primiero e Vanoi, Ski Area San Martino – Passo Rolle, Birra Forst, Elle-Erre Easy Flags, Manfrotto, Lowepro, Dolomitland, Slalom Sport, Ranch the Dolomites Bar, Bar La Stube, Iceberg S.Mart, Hotel Regina, Hotel Alpino, Residence Edelweiss, SkiResidence, ITAS Assicurazioni Agenzia di Fiera di Primiero, to the members of the jury and to all the people that – year after year – still believes and supports the event. 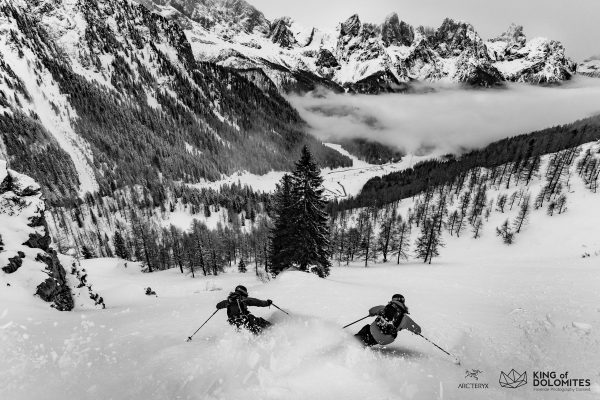 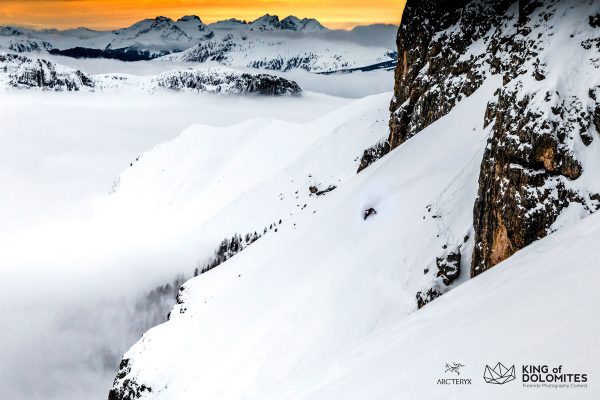 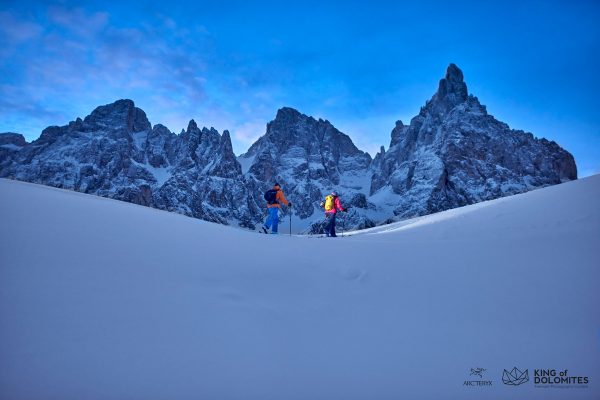 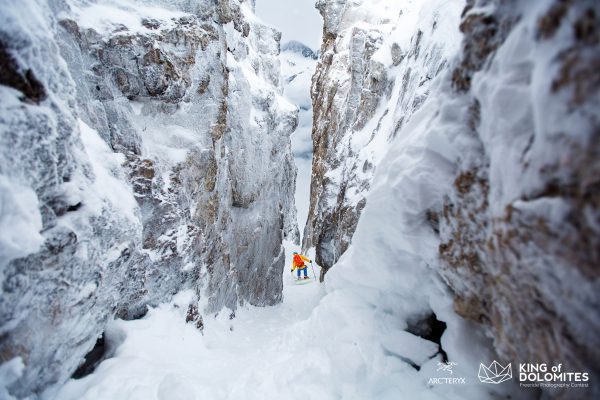 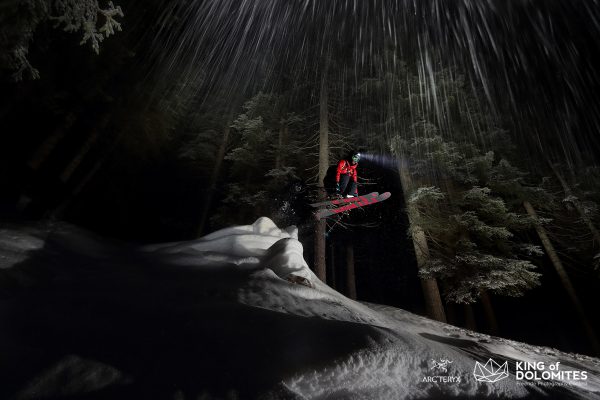